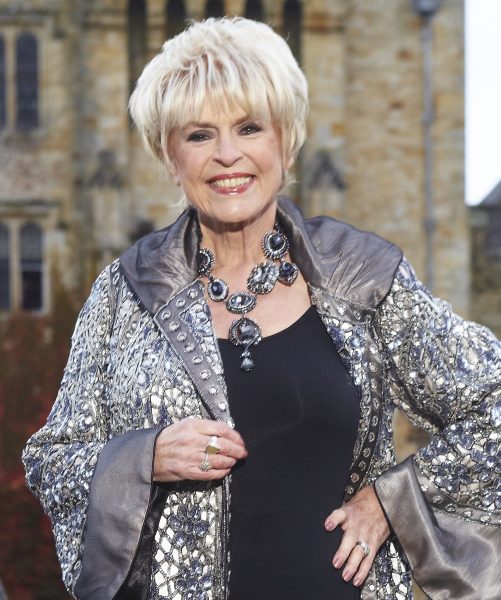 We’re pleased to announce that national treasure Gloria Hunniford OBE has been announced as our guest speaker at the launch of this year’s Women of Achievement Awards.

The launch, which took place on Thursday 7 April, also marked the opening of entries for the awards, giving people the chance to nominate themselves or others for one of nine award categories.

Our biennial Women of Achievement Awards will take place on Friday 11 November from 12–5pm, and will champion the achievements of women from across the region, who either run their own business or hold a leading role in their profession, industry, organisation or charity.

Natalie Houfe, chair of Women in Business, said: “It is an honour to welcome Gloria Hunniford as our guest speaker at this year’s Women of Achievement Awards.

“Gloria is a real icon and has achieved so much in her extensive career. But what is even more remarkable is the contributions she has made to cancer charities through breast screening services and cancer support.

“We look forward to hearing Gloria’s inspiring story, which I’m sure is one which is close to many of our hearts.”

With a career spanning over 60 years, Gloria Hunniford is one of Britain’s best-known television and radio personalities. The first woman to have her own daily radio show on BBC Radio 2, Gloria has hosted shows including Rip-Off Britain and Wish You Were Here and is now a regular on ITV’s This Morning and the BBC’s The One Show.

Local cancer support organisation Her Breast Friends was also announced as the awards’ chosen charity for 2022.

Last night’s launch was attended by over 100 businessmen and women from across the region and gave guests more information about the different categories available to enter, along with some advice as to what the judges are looking for in an award winner, the benefits of entering the awards and how those interested can enter.

Guests at the launch also heard from previous Women of Achievement Award winner Alice Maltby of Little Wold Vineyard, who spoke about how the awards have impacted her, and her plans for the future.

Natalie continued: “If you know someone that you think is deserving of one our awards, don’t hesitate to nominate them, whether it’s a colleague, family member or friend.

“We’d also encourage women to nominate themselves for one of our awards, we have so many hardworking businesswomen across Hull and East Yorkshire and they should shout about the amazing work they are doing in their industry!”

Categories for this year’s Women of Achievement Awards include:

Sponsors of the awards turned out in great form to connect and offer their support. Additional sponsors confirmed for the event include Forrester Boyd, Mercure Hotel, Banks Cooper, Edwards & Pearce and Rollits LLP. Smailes Goldie is the award’s main event sponsor.

We are still looking for a charity sponsor, which is the last sponsorship opportunity available at the awards.

Tickets for the Women of Achievement Awards sell out quickly, so those interested in attending are advised to book sooner rather than later to avoid disappointment.

The Women of Achievement Awards takes place on Friday 11 November from 12-5pm. Entries close on 31 July. To book a ticket, or to enter the awards, visit: https://womeninbusinesshull.co.uk/current-events/women-achievement-awards/.