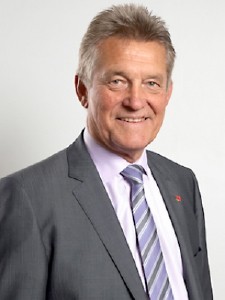 David is the founder and Executive Chairman of MKM Building Supplies, a Hull based multi site builder’s merchants.  Founded in 1995, MKM is the 5th largest merchant group in the UK and the largest independent with 42 branches achieving revenues of £250 million and profits of £17million plus.

Its rapid growth is due to the unusual ownership structure which affords its Branch Directors a 25 percent stake holding in their own branch.  The company has outperformed the industry by some distance over recent years and has exciting plans to double its network of branches over the next 5 years.

David is on the board of the Local Enterprise Partnership in the Humber region and chairs its Investment Board which is responsible for the distribution of the Regional Growth Fund, grants and loans.  He is also a member of the City Leadership Board of Hull City Council and, with others, founded a unique, self funded business support group “For Entrepreneurs Only”.  He is also an Honorary President of Hull City Football Club.

David will speak about the rise of MKM from it’s beginnings in a ‘shed’ on Clough Road with a handful of people; about how he negotiated with loyal suppliers from his former days in the industry and persuaded them to believe in him, how he and his team delivered the best service possible to customers who knew him from old and gave him a chance and to new customers who recognised something different from a traditional builder’s merchants.  David has always believed ‘it’s all about the people’, about giving them a share in the business and, in this, the 21st year of MKM, his philosophy has certainly proved to be a winning one!

Bookings are closed for this event.